Anderson & Low
Manga Dreams
In Manga Dreams, Anderson & Low are exploring a visual hybrid of photography, graphics, digital painting and calligraphy. It is also a collaborative construction between the subjects and photo-graphers in which numerous layers of interpretations, translations, exchanges, reproductions and visual executions are involved. Subjects tailor their look to that of manga, tamed hair and costume, whilst performing for the photographers - and the photographers dress, groom and photograph their subjects. Manga, stemming originally from Asia, means 'cartoon' and within the context of this exhibi-tion connects street youth and visual cyber culture with contemporary art. For this project Anderson & Low embraced digital technology and postproduction to enable the addition of montage layers to this visually exuberant body of work, thus creating a world that no longer feels entirely like our own.
"Embracing street culture is a well-recognised tradition in modern and contemporary art: Roy Lichetenstien, Andy Warhol, Richard Hamilton, Jean-Michel Basquiat , Keith Haring and many others have catalysed and enriched their work in this manner. Manga Dreams is a latest addition to this genre. But what is unusual is first that Anderson & Low have used an Eastern paradigm rather than focusing on Western culture, and second they have applied it to the genre of portraiture, pushing the photo-graphic portrait's boundaries as artists do in paintings!'
Yasufumi Nakamori, Assistant Curator of Photography, Museum of Fine Arts, Houston.
The underlying current within this project speaks of familiar themes throughout their work; identity, costume, and the projection of identity through appearance. The subjects project identities with their distinct appearance and are, in a sense, living their dreams; Manga Dreams
'Navigating back and forth between these parallel worlds has altered our perception, we are left with a question we can no longer answer: these dreams we have documented, are they the manga-inspired dreams of humans or the human-inspired dreams of manga? Is this art imitating life, or life imitating art?' Anderson & Low
Manga Dreams premiere exhibition Janunary - March 2011 at Hamiltons Gallery, London, UK
Works from Manga Dreams was exhibited as part of the 2011 Venice Biennale and at the Metropolitan Museum of Art, New York.
Other exhibitions and acquisitions include:The National Gallery of Australia; La Maison Europeenne de la Photographie, Paris, France; Musee de la civilization, Quebec, Canada; Saisbury Centre for Visual Art, Norwich, UK; Wereldmuseum, Rotterdam, The Netherlands; Today Art Museum, Beijing, China; Taiwan National Museum, Taichung, Taiwan.
A short art film, Manga Dreams, was exhibited shown in cinemas throughout the UK, as part of the Venice Biennale, and has also been shown as a part of every museum exhibition of this project.
The book Manga Dreams was published in 2011 (Lucky Panda Press). 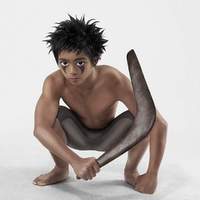 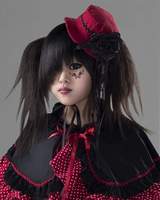 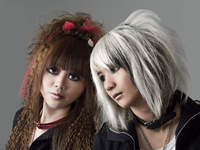 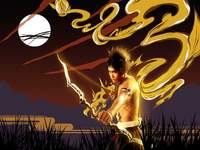 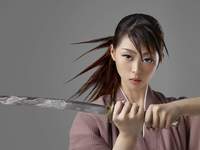 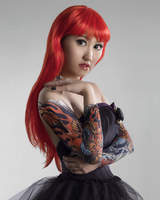 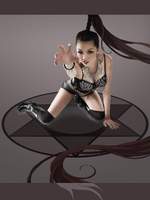 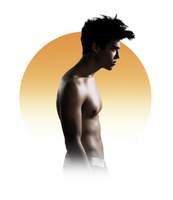 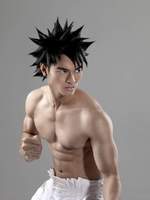 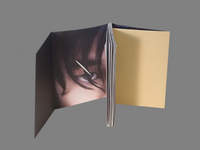